District of Bahamas and Turks

History of the District of Bahamas and Turks 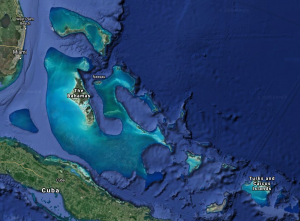 Since then the District has grown in strength and stature, by the addition of Carleton Lodge No. 9134 in 1984 in Marsh Harbour, Abaco, Bahamas, in 1997 by Caicos Islands Lodge No. 9661 in Providenciales, Turks and Caicos Islands, in 2004 by Ernest Sidney Larkin Lodge of Research & Instruction No. 9776 in Freeport, Bahamas and in 2017 by Bahamas & Turks Tercentenary Lodge No. 9948 in Nassau, Bahamas and Yuma Lodge No. 9949 in Long Island, Bahamas, so completing the current total of twelve Member Lodges in the District meeting on the islands of Abaco, Grand Bahama, Grand Turk, Long Island, Providenciales, and New Providence.

All five District Grand Masters have been extremely assiduous, not only in their duties to the Member Lodges, but also in representing the District on the wider stage within the West Indies, in England, and other countries around the world.

Any cookies that may not be particularly necessary for the website to function and is used specifically to collect user personal data via analytics, ads, other embedded contents are termed as non-necessary cookies. It is mandatory to procure user consent prior to running these cookies on your website.